For the law that gave effect to the Elderly Statute to have real value, it is necessary to follow all the items mentioned above.

The elderly and society

Abandonment of the elderly in Brazil is intensified by the precariousness of the assistance provided by the State.

We often know that our old people are excluded from everything, except that this is due to a lack of awareness.

If we young people stop to think that we will get old in the future, we would try to value living with the elderly.

Who wants to be treated as a worthless object? Nobody.

That’s what is happening in Brazil. Many families take the elderly to live in nursing homes and when they get there they end up being treated like animals.

Many of them do not have a good diet, good medical or psychological treatment. And consequently they end up causing the early death of our old people.

Brazil should invest more resources in the face of this situation, because if we calculate the percentage of elderly people it is increasing more and more.

The government helps the elderly. There is a law that defends them, but more needs to be done for them. The Elderly Statute is a set of laws that aims to defend and protect citizens who have already reached a certain age goal.

In our Brazilian law, an elderly person is considered to be 60 years old or over. The statute exists so as not to be forgotten, it is proof that the elderly have rights that must be fulfilled.

As for health, it is said that the elderly should have everything they need, such as free medical care. The statute for the elderly says that the government should pay more attention to the elderly.

In case of suspicion of mistreatment of the elderly, a local authority must be notified. The elderly must participate in cultural and leisure activities, and their rights tell them that they should pay only half or have their seats secured. Even though their rights are described in the statute, there is still prejudice against the elderly with regard to work, but they may demand to carry out some activities that are within their reach, considering their physical, intellectual and psychic conditions.

Our body and its phases

Old does not mean sick, we usually associate old age with illness. It is known that there is more physical debilitation and illness among 80-year-olds than among young people.

Some conditions are especially common among the elderly.

Arthritis and rheumatism are important examples of the type of physical distress commonly defined as chronic and found more frequently among elderly people.

It is comfortable, but not exact, to conclude that old age, in itself, represents a kind of generalized illness.

There have been well-designed studies that help to distinguish between old age and illness. One of the most important of these investigations was led by an eminent team of doctors and psychologists.

There are, however, some clear differences even between the healthiest of the old and the young. 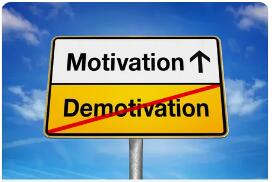