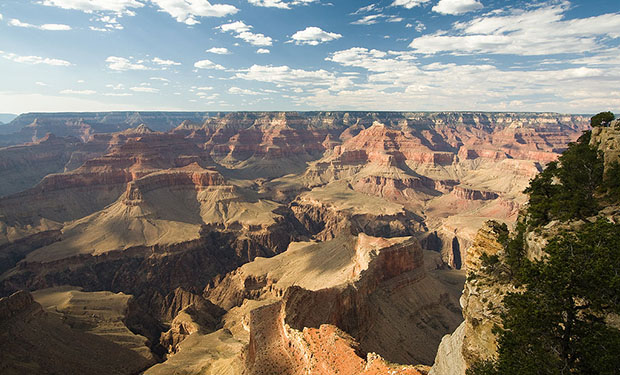 In 1539, the Spanish Franciscan friar Marcos de Niza discovered parts of the state and several indigenous tribes inhabiting it. From 1687 until his death in 1711, the Catholic priest Eusevio Kino discovered and explored large areas of Arizona and contributed to the Christianization of the native population and the annexation of these lands to Spanish possessions in North America. President Lincoln chose the name by mistake from the local name Arizuma. It is the forty-eighth state and the last of the continental states to be admitted to the union, founded as a state on February 14, 1912. It was previously part of Alta California (Spanish: Alta California) in New Spain. It was then part of independent Mexico and later joined by the US afterThe Mexican-American War. The southernmost part of the state was annexed in 1853 by the Gadsden Purchase.

Arizona borders the states of California to the west, Nevada to the northwest, Utah to the north and New Mexico to the east, and to the south with the Mexican states of Sonora and Baja California, and the border with Mexico is 626 km long.

The topography of the state is mostly mountainous. About 60% of the territory (the central and northern parts) is occupied by the Colorado Plateau, above which rise isolated mountain ranges, and the rivers flowing through it are deeply dug into canyons. The state’s most famous landmark is the Grand Canyon, which was formed along the course of the Colorado River over millions of years. The canyon is about 447 km long and 6 to 29 km wide. About 20 km north of the city of Flagstaff rises Mount Humphreys 12633 f, 3851 m the highest point of Arizona. In the eastern part, in the White Mountain, Mount Baldy 11403 f, 3476 m rises, and in the extreme southeast corner – Mount Chirisahua 9798 f, 2986 m. In the southwestern part stretches the eastern sector of the desertMojave and here in the extreme southwestern corner, in the bed of the Colorado River, is the minimum elevation of the state – 23 m above sea level.

Through the northern part of the state and along its northwestern and western borders flows the Colorado River with part of its middle and lower reaches. Its main tributaries are: left – Little Colorado (with its tributaries Carrizo Wash, Zuni, Puerco, Pueblo Colorado, Clare Creek, Oraibi Wash, Dinebito Wash, Moenkopi Wash), Cataract Creek, Bill Williams (with Big Sandy and Santa Maria) and Hila (with its tributaries San Francisco, San Simon Creek, San Pedro, Santa Cruz Wash, Black River with Verde, Centenia Wash); right – Kanab Creek and Virgin. Two large dams were built on the Colorado River, “Powell” (on the border with Utah) and “Mead” (on the border with Nevada).

Southern Arizona is known for its desert climate – very hot summers and mild winters. Northern Arizona has much milder summer temperatures and significant winter snowfall. This is due to the fact, in the northern part there are mountains (for example: Mount San Francisco), forests with pines, firs and spruces, the Colorado Plateau, as well as large and deep canyons. There are winter resorts in the Flagstaff, Alpine, and Tucson regions.

Arizona is one of two states (the other being Hawaii) that does not use daylight saving time. This is due to the high temperature in the state and the resulting reluctance of people to have a longer day in summer. An exception is the semi -autonomous territory of the Navajo tribe, part of which is northeastern Arizona (not to be confused with Navajo County).

According to Countryaah, the state of Arizona is divided into 15 counties:

For more than 2,000 years, the Hohokam people inhabited the lands now occupied by Phoenix. The Hohokam created irrigation canals totaling about 215 km, making the desert land arable. These canals later became modern more complex canals. Periods of drought and severe flooding between 1300 and 1450 are believed to have forced the Hohokam civilization to abandon the area.

After the departure of the Hohokam, Pima, Papago, Maricopa, Yavapai, and Apache groups began to use the area. They grow a variety of local crops and hunt wild animals.

When the Mexican-American War ended in 1848, Mexico ceded its northern territories to the United States. The lands around Phoenix became part of the New Mexico Territory. In 1863, the mining town of Wickenburg became the first to be established in the area northwest of present-day Phoenix.

The story of Phoenix begins with Jack Swilling, a Confederate veteran of the Civil War. In 1867, while traveling through the Salt River Valley, he saw potential for agriculture. He formed a small society in the same year about 6 kilometers east of the present city. Lord Darrell Dupa, one of the original settlers in Swilling’s group, suggested the name Phoenix (“Phoenix”) as it described a city that had risen from the remains of a former civilization. The town was officially incorporated on May 4, 1868, and the first post office was established the following month.

In the 1880s, a railroad ran through the city’s valley, the first of several key factors that changed Phoenix’s economy. The city became a center of trade, and its produce reached both the west and east coasts.

On February 14, 1912, Phoenix became the state capital when Arizona was admitted to the Union as the 48th state. This further accelerated Phoenix’s growth, with a population of 29,053 eight years later. In 1920, his first skyscraper was built in Phoenix. By the 1930s, the population of Phoenix had doubled, and the city, along with the surrounding area, began to be called “The Valley of the Sun” (in English: The Valley of the Sun) in order to promote the area to tourists.

During World War II, the city’s economy changed and it became a distribution center and began producing war supplies. At the time, the city had three military airfields and two pilot training camps.

After the war ended, many of the men who received their military training in Arizona returned with their families. Learning of this large and untapped source of labor, many large industries began to relocate their facilities to the area. In 1948, Motorola chose Phoenix as a location to research and develop its military electronics. Seeing the same advantages as Motorola, other technology companies such as Intel and McDonnell Douglas also moved to the valley and began manufacturing.

By 1950, the city’s population was already 105,000, with thousands more inhabiting the surrounding villages. The huge growth in the postwar years was further accelerated by the introduction of air conditioning, which allowed homes and businesses to cope with the city’s extreme heat during the long summers. In 1959 alone, there was more construction in Phoenix than in the period from 1914 to 1946. As with other growing American cities, Phoenix’s growth was not uniform—it occurred primarily in the northern parts of the city that were being populated almost entirely by white people.

In the 1960s, many more buildings were built, the city grew, the population grew, and more companies took advantage of the city’s workforce. In 1968, President Lyndon Johnson approved the Central Arizona Project, which provided future water supplies for Phoenix, Tucson and the agricultural corridor between them. The following year, Pope Paul VI established the Diocese of Phoenix. In the 1970s, the city center saw a revival and high levels of construction. In 1972, the Chase Tower skyscraper was built, which is also the tallest building in Arizona. In 1985, the Palo Verde NPP began operating near Phoenix, which is America’s largest nuclear power plant.

Phoenix is ​​located in the southwestern part of the USA, in the south-central part of Arizona, halfway between Tucson and Flagstaff. It is located 290 km north of the Mexican border. The metropolitan area is known as the “Valley of the Sun”. It is located at an average altitude of 331 m above sea level in the northern outskirts of the Sonoran desert.

Aside from the mountains surrounding the city, Phoenix’s topography is generally flat. The area of ​​the city is 1341 km 2, of which 0.6 km 2 is water. Although it is the fifth most populous city in the United States, its large area gives it a relatively low population density. Phoenix does not use daylight saving time, nor does most of Arizona.

According to data from 2014, about 66% of the population professes Christianity, while 26% are non-believers. About 7% are deducted for other religions. Among Christians, Catholicism and Evangelicalism have the most followers.

Panorama of Phoenix during the day.

Phoenix has a hot desert climate that is typical of the Sonoran Desert. characterized by long and very hot summers and warm winters. Phoenix is ​​one of the sunniest cities in the world, receiving an average of 3,872 hours of sunlight per year. On the other hand, rainfall is scarce – 204 m on average per year. The driest month is June and the wettest is July.

A cotton plantation on the outskirts of Phoenix.

Office building in the city center.

In the beginning, the economy of Phoenix was mainly focused on agriculture and natural resources. With the establishment of the Southern Pacific Railroad by 1926 and the construction of an airport, the city became more accessible. The Great Depression affected it, but Phoenix had a diverse economy and by 1934 was already recovering. After the end of World War II, the economy and construction in the valley began to develop at a very rapid pace. With the onset of the financial crisis in 2007-2010, construction in Phoenix came to a halt and real estate prices collapsed.

The city’s top-grossing industries are (in descending order): real estate, financial services, manufacturing, retail, and health care. If management were a private industry, it would rank third on the list. The city is susceptible to redevelopment in times of economic prosperity. As of January 2016, 10.5% of the city’s workforce is in the civil service. The unemployment rate is 4.6%. There is a significant military presence around Phoenix. 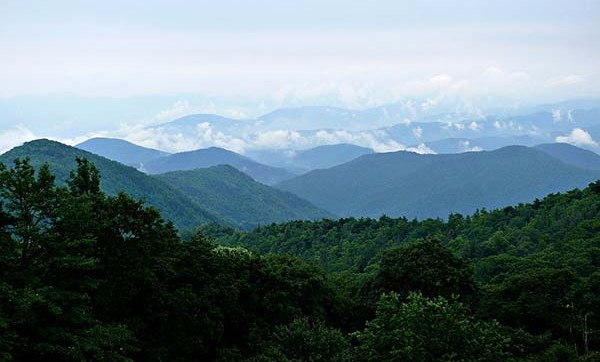 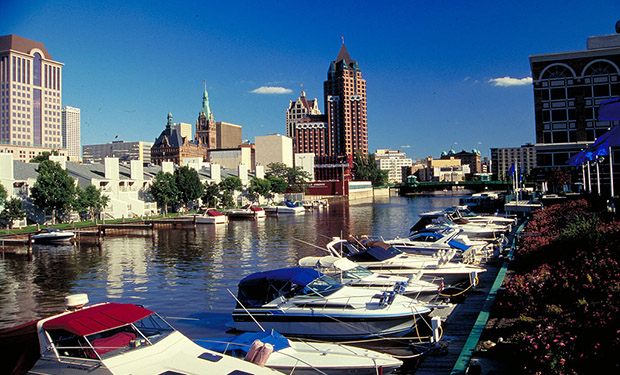